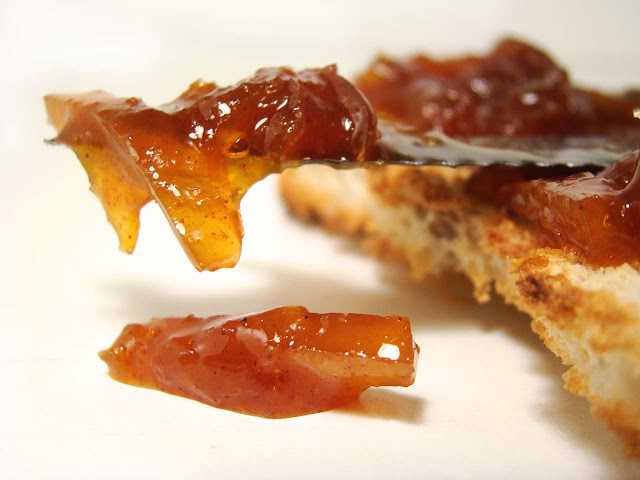 When a new season arrives the fruit should be sized, don´t you think? With fruit, jam jars and enthusiasm.
And to make a jam or a marmalade you need this three. Without fruit, nothing happens. If you are reluctantly, all goes wrong. Without jars, it won´t preserve well.

This jam can be done at any time of year, we always have mandarins, at least here, in Argentina. But also it can be done with oranges. 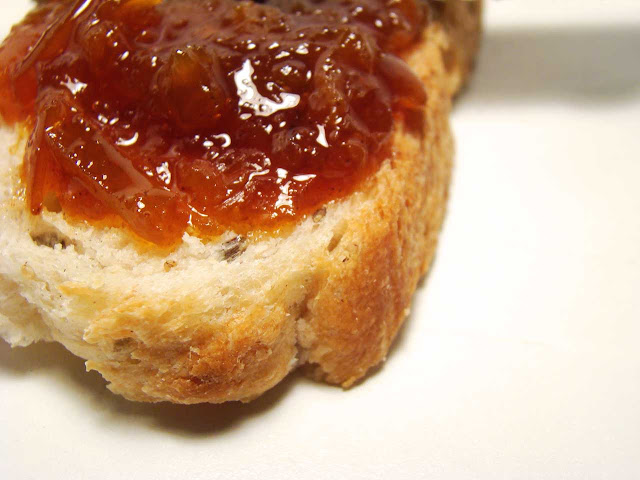 For the amount of fruit that I indicate below, you will need three and a half jars of 360 cc.
If using more or less fruit, you should maintain the ratio of sugar, a minimum is 60% of sugar, for 1 kg of fruit, 600 grams of sugar. You can change other things of the recipe, add other fruits, add some vanilla, black pepper, herbs and so on.

Never use less than that amount of sugar, counting fruit is peeled, free of pits or seeds, ready to use. So it won´t develop microorganisms that can spoil it. Unless you are consuming it very fast, within weeks. 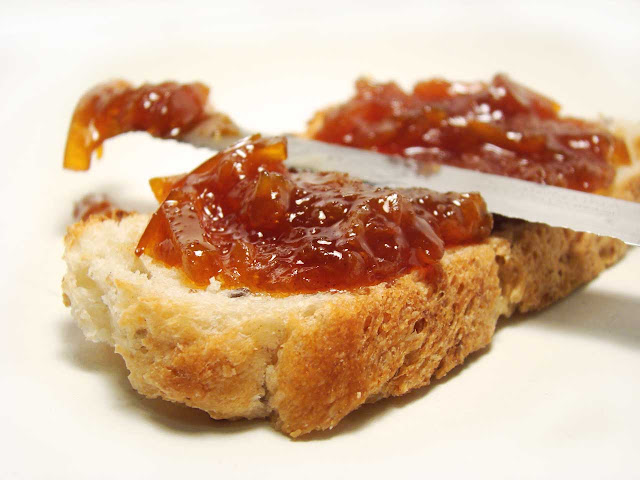 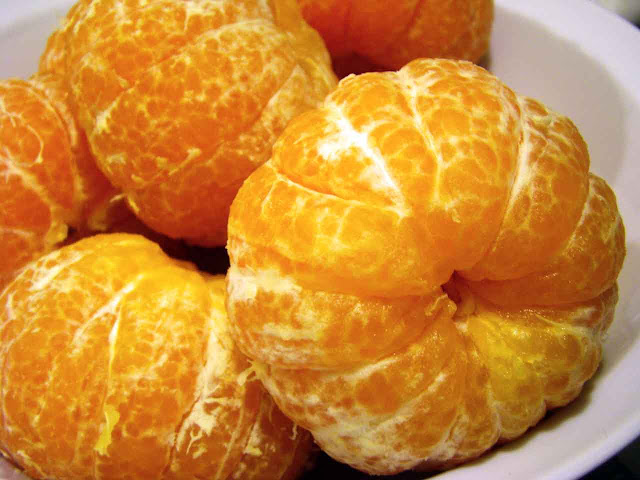 - Wash all fruit
- Remove peel from all the mandarins
- Remove the white pith of the fruit and set aside. Also, remove the pith from the peels, but don´t discarde both of them
- Cut all peels in small strips, and put them in a large pot
- Cut the mandarins in half, exposing the seeds
- Remove all seeds and reserve them with the pith
- Put all the fruit in the pot, along with sugar, salt, lemon juice, cinnamon and water
- With a piece of cotton cloth, white if possible, put the seeds and piths, and tie with a white cotton thread, tight
- Put that into the pot and bring to boil
- Boil over medium heat until thick (105°C), when you put a small teaspoon of the jam in a small plate that was cool from the freezer, and if you slide a knife the surface wrinkles. But, if not, continue boiling 10 minutes and try again
- When ready, discard the fabric with seeds. Pack into hot jars (see below how to sterilize the jars), cover and reserve for 24 hours, to check if sealed. 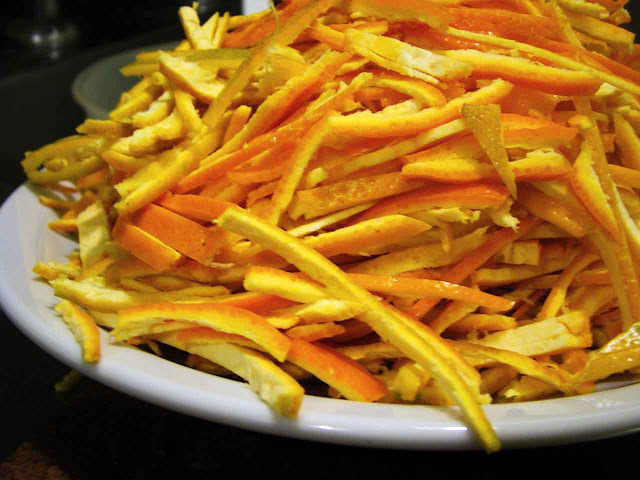 In case you were wondering why I saved the pith and seeds, and then make with them a small bag, is because they concentrate a big amount of pectin, a natural gelling, which will thicken the jam.

If you get bored removing the seeds, these will float during cooking and you will play to catch them in the pot. It will take the same time. So choose.
The piece of cloth, should be clean (of course!) and preferably white. An old used table napkin will do well 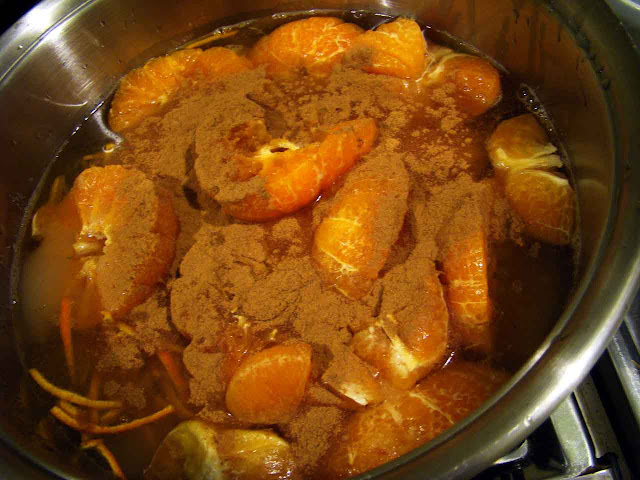 To sterilize the jars:
- Washed them thoroughly with hot water and soap, the jar and also the lid.
- Let them drain a bit, put them in a baking dish and bake for 10 minutes in a medium oven.
- The lids should be sterilized in boiling water for 10 minutes, then dry them upside down on a clean cloth.
- After that time passed, reserve them in the oven with low temperature until the jam is ready.
- When the jam is ready, ready to be packed. Remove jars from the oven and immediately fill each up to half an inch from the edge. Cover, close it tightly
- After 24 hours the lid must be sealed, the tummy that initially formed in the lid, now must be sucked in
- If the seal did not work, you can repeat the process, washing and heating the jars, bring to boil and fill the jam.
- If all went well, it will last 1 year in a place protected from light and temperature.

If you are going to eat  the jam in short time, in a few months, packed in clean jars with jam and kept cold in the refrigerator.

WELCOME !
About me
Español?
> Recipes